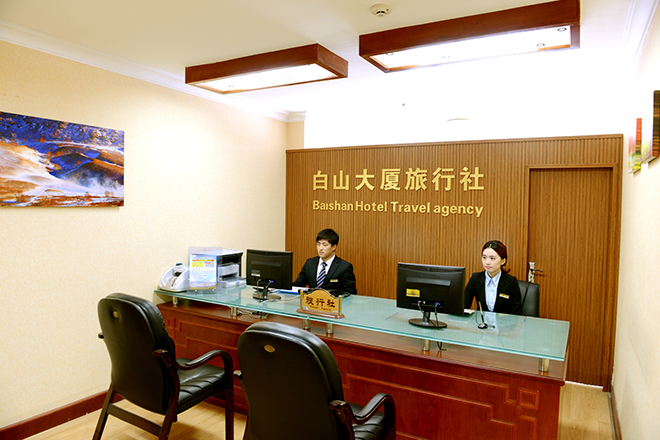 Yanbian Baishan Tower Travel Service Co., Ltd. was established on July 18, 2006, belonging to the well-known enterprises of Baishan Building in Yanbian. Although our club has just been established, it is well-funded and full of talents. Therefore, the business is developing very rapiOur agency has four-star foreign-related hotels approved by Yanbian Tourism Bureau, dozens of trilingual (English, Korean, Chinese) tour guides and luxury tourism convoys. Successfully received a variety of large and medium-sized tourism, international and business conferences. The hotel has received more than 80 leaders, including Li Keqiang, Zhang Dejiang, Jiang Zemin, Hu Jintao, Wu Bangguo, Jia Qinglin, Li Changchun, he Guoqiang, Li Peng and Zhu Rongji, as well as foreign heads of state and international 'goodwill ambassadors' Jackie Chan and Ren Dahua. The hotel has 269 deluxe guest rooms, one deluxe European-style presidential suite and one Chinese-style presidential suite, and 12 conference rooms of different sizes. The international conference hall is equipped with advanced audio-visual equipment and simultaneous interpretation systems in seven languages. Therefore, our hardware facilities are quite perfect, and we have rich team operation experience and excellent service quality. We adhere to the tenet of 'honest management and quality service'. Willing to work with the tourism industry and colleagues from all walks of life to explore and innovate, keep pace with the times, sincere cooperation, and work side by side to develop tourism. I believe you will return with satisfaction and nostalgia after your visit to Yanbian. Contact information: 0433-2588345 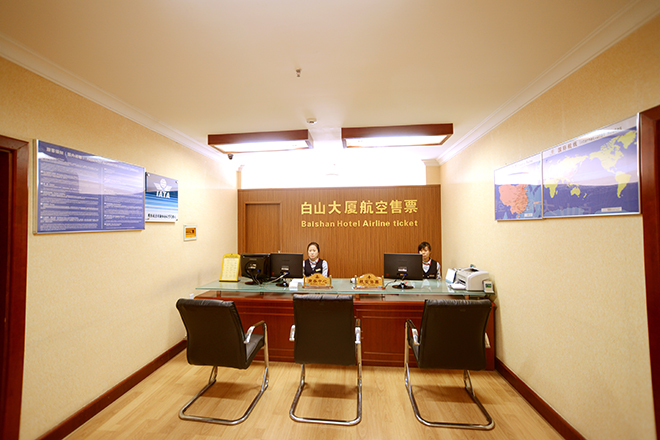 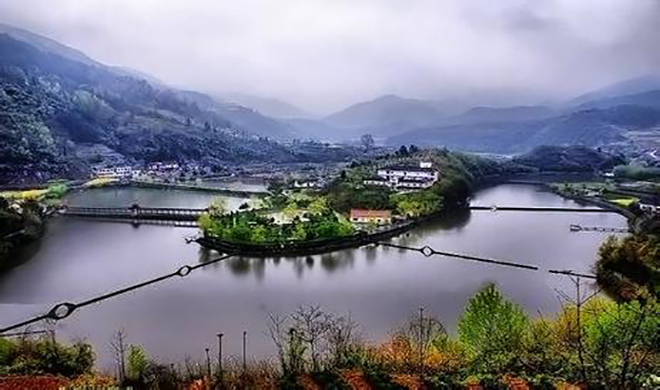 Two-day tour of Luojin and Pioneer in North Korea

Yanji goes to Hunchunquan River port to go through the exit formalities, goes to Luojin by car, visits Luojin city, Luojin free port, ocean deeds, Luojin free trade market, watches students' art performances, watches seals (depending on the weather) by boat (at their own expense), and then stays in the hotel. After breakfast, take a tour bus to Biwa Island to visit (you can go to sea to watch seals at your own expense, depending on the weather), visit the beach (summer and autumn), go to North Korea's Yuanting Port to go through exit formalities after lunch, and return to Yanji. For dinner, you can enjoy Korean-style dog meat meal or authentic Korean barbecue at your own expense, ending a pleasant journey. 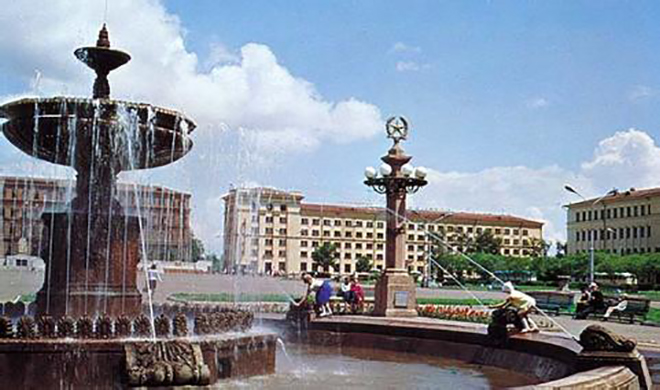 The morning delegation set off from Yanji to go through the exit formalities at Hunchun Changlingzi Port. After lunch in Slavyanka, he took a bus to Vladivostok, a seaside city in the far East, and checked into a hotel. After dinner, watch Miss Russia's amorous body art performance (400 yuan per person at your own expense). After breakfast, Vladivostok cityscape sightseeing, Vladivostok dry Port Railway Station, World War II Locomotive Monument, 9288 Siberian Railway Terminal Monument, Victory Square. After lunch, go to the highest point of the far East University of Technology to see the panoramic view of Vladivostok, the dock of the ship station, the ice-free port 'Golden Horn Port', the Martyrs Square of the Soviet regime, the Museum of meritorious submarines in World War II, and submarines (meritorious Cmur56). Take a boat to the mouth of the Pacific Sea of Japan, feed seagulls, watch the coastal city of Vladivostok at sea (400 yuan per person), watch the location of the Pacific Air Force Command building, and go to the rural areas of Vladivostok to experience traditional Russian customs. Enjoy vodka, Gevas, beer, barbecue and enjoy Russian folk song and dance with Russians (500 yuan per person). Drive to chocolate, tiger bone wine store, Italian store, purple gold jewelry store, seafood market, and stay in the hotel after dinner. After breakfast, take a ride back to China, the end of a pleasant trip! 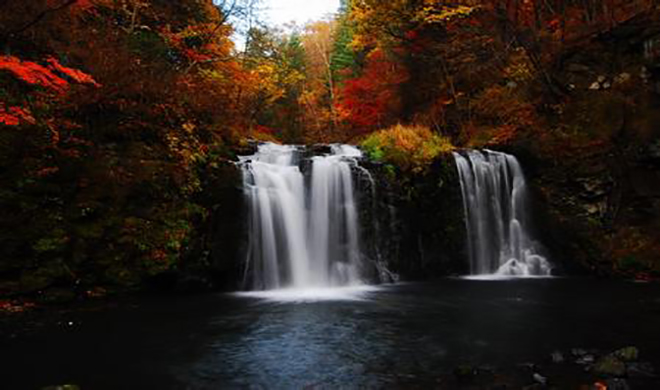 Jingpo Lake is located in the southeast of Heilongjiang Province, 110 kilometers away from Mudanjiang City and 280 kilometers away from Yanji City. It was about 10, 000 years ago, in the middle and late Quaternary volcanic eruption, Black Tortoise magma formed blockage and became a lava barrier lake. Take a bus to Jingpo Lake at about 12:00 and enter the lake after lunch to enjoy Maogongshan, Rainbow Bridge, Island in the middle of the lake and head of State Building. And then check into the hotel. Look at Diaoshuilou Waterfall, one of the three famous waterfalls in China. After free activities, enjoy the scenery of the lake and mountains, and end a pleasant journey after lunch! 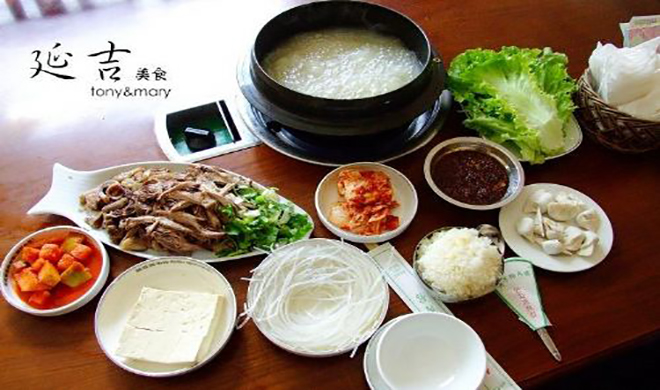 Tumen and Fangchuan left for Fangchuan at 07:00 in the morning. On the way through Tumen City, they visited the border between China and North Korea. They can go to the gate to see Nanyang, North Korea, opposite the Tumen River, and take a group photo at the border of the China-Korea Friendship Bridge. About 2 hours from Fangchuan, they arrive at the Wangwang attic, a scenic spot in Fangchuan, the tripod area on the border between China, North Korea and Russia. Here is a glance at the scenic spots of the three Kingdoms and the exotic amorous feelings of the confluence of Europe and Asia with a glance at the scenic spots of the three Kingdoms and the barking dogs of the three Kingdoms. There are oasis deserts surrounded by golden jade and clear water, as well as natural landscapes such as the red lotus of the Tumen River, which has a history of 135 million years. Watch the three-color combination of oases, sand dunes and lakes on the border between Fangchuan Scenic spot and Russia. The lake surface is 30 hectares, the depth can reach 3 meters, the lake water is clear, blue waves ripple, near the bank of the Tumen River, several undulating sand dunes, delicate and smooth, barren grass. It is a rare natural landscape in the world. You can have a fish feast at noon and return to Yanji after lunch. Xianjingtai 8:00 bus to Xianjingtai National Scenic spot (about one and a half hours), drive into the scenic area. Visit the Gaolifeng Scenic area, the scenic spots include Seven Star Waterfall-Xianren Rock-Ganlu Spring-White Marble Guanyin Bodhisattva-Qixing Temple site-Longevity Pine-Panlong Pine-Xianyan-Elephant Trunk Rock-Immortal Palace-Golden Beetle Peak-Gaolifeng-three Brothers Peak, etc., gather after lunch and visit Duxiu Peak Scenic area. Wushu Baoshi-God of Wealth Cave-Shengtai-Ziqiangsong-Xianjingmen-Jiafanshi-the former site of the Bohai King's visit-Riyun Wonder-Duxiusong-Duxiufeng-Huixin Stone-Longevity Cave-husband and wife Pine-Xianhe Song-Changshou Peak, etc., return after a pleasant trip at 3:30-arrive in Yanji at 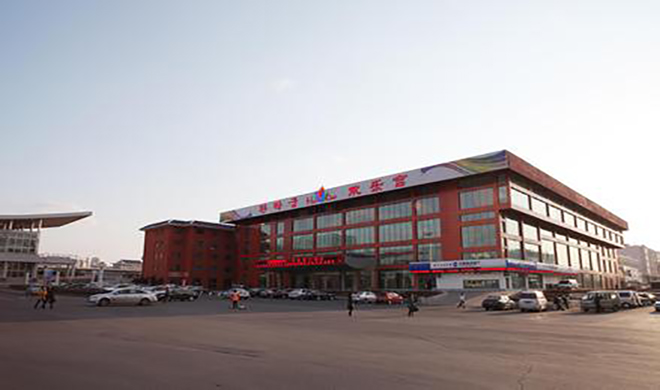 Assemble at 8:30 in the morning and take a bus to visit the Yanbian Museum (you can visit the exhibition of Korean folk relics and precious cultural relics of the Bohai State and the Eastern Xia Kingdom, which will lead you into that distant and mysterious country). After that, visit the theme leisure square of Yanbian State-Jindalai Square. Go to Hailan Lake Golf course at around 9:30 (36-hole international standard golf course, experience the pleasure and accomplishment of swing golf along the Hailan River, and play 20 balls free of charge at the training ground). Take a bus to Xiaohelong Korean Folk Village around 10:30, and on the way you can participate in the rafting of the Hailan River (50 yuan per person at your own expense, take a rubber raft, pass through Korean villages, enjoy the pastoral scenery of the North, and feel the confluence of the Hailan River and the Burhatong River). Go to Xiaohelong Natural Folk Village for lunch and enjoy Korean cuisine or Yanbian Korean barbecue. After lunch, I went to visit Songlin Pavilion (the shooting base of the CCTV drama 'Mom's Sauce and Soup Restaurant'). On the way to visit Fengyi Native products Center and Limei hanbok, you can buy Changbai Mountain native products and Korean national costumes. Return to Yanji around 16:00 to end a pleasant journey. Yanji City features an one-day tour to Helong Village, the eastern suburb of Yanji City, to experience the exciting Hailan River rafting. Then drive to Yanbian Korean folklore Village-Dengmaoershan Forest Park, which is located in Maoershan Forest Park, 2 kilometers south of Yanji City. It is a theme park to enjoy Korean customs and traditional architecture, ending a pleasant jou 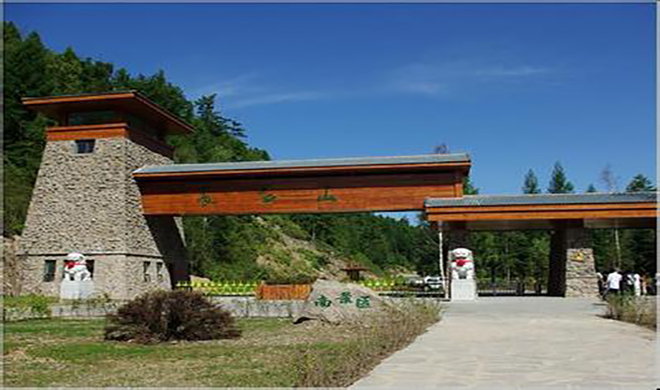 At 04:30 in the morning, go to Changbai Mountain, the peak of the northeast, (about four and a half hours' drive), enjoy the beautiful pastoral scenery along the way. After arriving at the mountain gate, take an environmentally friendly car to enter the scenic area, and take a reverse station to go to the astronomical peak, which is 2691 meters above sea level. view the crater Hu formed by the intense volcanic eruption three hundred years ago-- the Changbai Mountain Tianchi reflected in the blue sky at the source of the three Rivers. After viewing the volcano mouth lake waterfall-Changbai waterfall, the highest temperature up to 82 °hot spring-Julong hot spring group, tasting Changbai Mountain gold fruit (10 yuan 4), self-financed hot spring bath (80 yuan / person); after driving back to Yanji, on the way you can visit the graceful and graceful village of Erdaobai River-Mei Pine and Antu Chinese Korean-Hongqi Village. 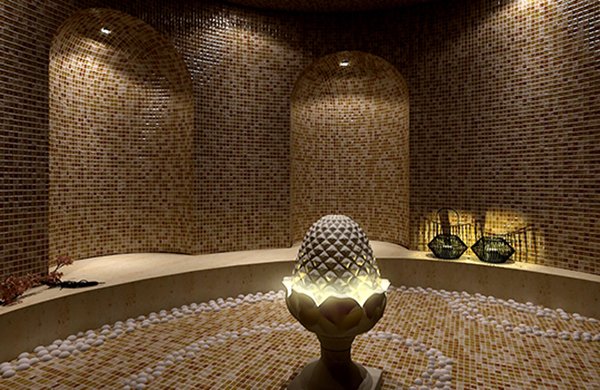